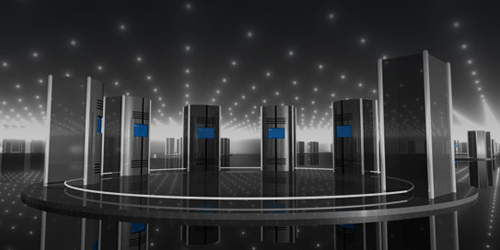 Everything You Need to Know About Dedicated Server Hosting

Share
Servers are like the blood vessels of the internet. Their main function is to store files and manage the access of computers toward a centralized system or a network. Think of it as a ‘connector’ that makes sure your website can be accessed by everyone else on the internet. Now, there are currently several ways to gain access to a server and bring your domain online, one of which is Dedicated Server Hosting. In this article, you’ll find out exactly what this is and how it compares with other methods.

As the name suggests, Dedicated Server Hosting means you will be getting a single server not used with anyone else. This means you will have full control over the server, giving you the chance to customize it as you wish – depending on what you believe works best for your domain or even domains. Typically, a Dedicated Server is used by large websites receiving millions of traffic within a short amount of time. They can be quite expensive, but the different features more than makes up for the cost.

Dedicated Servers are physical and extensive. Think of your personal computer but on a bigger scale and composed of numerous microprocessors, RAM, hard drive, and so much more. Servers are computers specially designed to handle large amounts of information – and Dedicated Server Hosting means that the grand scale computer is working only for you.

There are two ways Dedicated Servers may work: Managed and Unmanaged

Managed – Managed Dedicated Servers mean that a separate company will be handling the task of keeping the server running. All you have to do is send your data through the server and they’ll take care of the rest. Managed services often include: 24/7 monitoring, 24/7 support, virus scans, OS updates, kernel updates, spam filtering and so much more.

Unmanaged – an Unmanaged server simply means you will be in full control of the server’s upkeep.

So why choose a Dedicated Server? Following are the different benefits and characteristics of having your own server:

Cloud hosting is fairly new, especially when compared with Dedicated Servers. Dubbed as the ‘cloud’, you probably know this as the online storage space that allows you to access all your files from any device by using just one account. When it comes to hosting, the same holds true as domains keep all their data in the cloud.

Pros of the Cloud:

Cons of the Cloud:

VPS stands for Virtual Private Server and essentially works like a Dedicated Server but on a smaller scale. Think of it as being in a condo wherein you get a small portion of the whole property. In your private space or portion of the server, you are given the opportunity to customize as much as you want with few limitations.

Who Should Use This?

When it comes to quality, nothing beats the kind of service provided by Dedicated Server Hosting. Due to the ‘price’ limitations however, Dedicated Servers are best used by large scale websites entertaining more than 1 million hits on a daily basis. This can also be used by a group of companies under the same administration, allowing them to manage different aspects of the business under one hosting service.

Once you’ve decided that Dedicated Server Hosting is the one for you, the next step is to choose a provider to meet your needs. Following are some tips on how to make that choice:

86,986 spam blocked by Akismet
Please be aware that we may use cookies to ensure that we give you the best experience on our website.Ok