In a bizarre and creepy new twist in the recent Sony hacking scandal, the hackers have issued a new warning to the studio as well as filmgoers by threatening a terror attack on theaters that screen the upcoming movie The Interview starting Seth Rogan and James Franco.  It is clear that the stakes have risen, but it’s difficult to see just how serious of a threat this is, and how Sony will react.

The hackers cited 9/11 in their threats, adding a sense of eerie foreboding to the upcoming premiere of the movie which is set for Thursday, December 18.

Here is the message in full, which was sent around 9:30am PST on December 16:

We will clearly show it to you at the very time and places “The Interview” be shown, including the premiere, how bitter fate those who seek fun in terror should be doomed to.
Soon all the world will see what an awful movie Sony Pictures Entertainment has made.
The world will be full of fear.
Remember the 11th of September 2001.
We recommend you to keep yourself distant from the places at that time.
(If your house is nearby, you’d better leave.)
Whatever comes in the coming days is called by the greed of Sony Pictures Entertainment.
All the world will denounce the SONY.

The new message comes alongside a new file that has been dubbed the “Christmas gift” by the hackers.  It’s not known at this time what is in the file, but the file itself is titled “Michael Lynton,” who is the CEO of Sony Pictures Entertainment.

Although it was very strongly suspected that North Korea was behind the hacking at first, the country has denied responsibility.  North Korea, however, does condone the hacking and supports it.  In a quote in the LA Times from cyber security firm Red E-Digital, it is extraordinarily rare for hackers to threaten with widespread violence and that the Guardians Of Peace could now be classified as a terrorist group.

“This now borders on terrorist activity and would define the Guardians of Peace as a terrorist group,” said Echemendia, who has previously consulted for Sony Corp. on cyber security issues.”   Source: LA Times

At this point it is unclear what path Sony will take in regards to the upcoming release of the movie.  The scheduled premieres are still scheduled to take place, although the premiere at the New York City Sunshine Cinemas has been scaled back considerably.  Theater managers are adamant that they will have security handled.

Seth Rogen and James Franco have cancelled public appearances for The Interview as well. 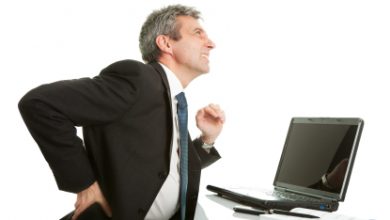 Going Ergonomic with Your Tech