ALERT: If you receive an automated phone call from the IRS or someone claiming to be the IRS, it is NOT the IRS.

There has been a known scam running for almost 2 years where people are receiving calls claiming that the IRS is filing a lawsuit against them.

The IRS will not attempt to reach you by phone, they will do so only through the mail.  They will not use scare tactics or demand money, nor threaten to bring in law enforcement.  They will not require a specific payment method for taxes.

This is not really a “malware” article per se, however we here at the website were recently attempted victims of a phony “IRS” phone call.  This particular phone phishing scam has apparently been going on for about a year and a half, and unfortunately many people are falling for it as the perpetrators use extremely aggressive scare tactics.

It Started With An Automated Phone Call From The “IRS”

This morning I received a call from a 347 area code number that appeared to be from New York.  That is my state of residence and so that was one reason I thought it might be legitimate.  I didn’t listen to the voicemail right away, but about an hour or two later I received a call and voicemail from the same number.  Thinking it must be important, I listened to the voicemail.  I heard an automated, American sounding female voice saying “this is to inform you that the IRS is filing lawsuit against you.  For more information on this case file please call our department number at 347 xxx xxxx.  Thank you.”

My heart definitely fell through the floor.  I immediately started to question what I could have done wrong, then worried that my accountant had somehow screwed up my taxes.  It was a scary message to hear.  I was preparing to either call the number or call my accountant, when a small voice in the back of my head told me to Google it.  I don’t know what I was looking for, perhaps information about other people having something similar happen to them–I didn’t think it was a scam.

Well, much to my relief the number one result in Google was information that this type of call is absolutely a scam.  I went through relief, and then some anger that they caused me stress.  I couldn’t resist calling back out of curiosity to see what they would say, and maybe get a bit of harmless revenge.

I dialed the number and the first time it was busy.  The second time it rang, but rang forever.  Nobody picked up.  Called again.  Busy.  Called again.  This time a woman with a thick Indian accent answered the phone and asked me to give my name.  I asked if I could get her name first.  She gave an American sounding name (that I can’t remember) and told me she was with the IRS.  I asked her to prove to me that she was from the IRS.  I heard an audible frustrated exhalation from the other end of the line and, *click*, she hung up on me.

Well, that was fun but much too short.  I called again and got a different woman, same sounding accent.  She asked for my telephone number, and I asked her if she knew she was scamming people out of thousands of dollars.  Silence, for a bit, then she quietly said I don’t understand.  I asked her if she spoke English, and that she should understand me if she actually worked for the IRS.  Silence.

I said I was reporting them to the FTC immediately and she should walk out of there if she didn’t want to get arrested (a little payback for the scare tactics they seem to be inflicting on people).  Then I told them never to call me again.  She responded with a “you don’t know anything, [expletive]” and then hung up on me.  It actually sounded like she was going to cry, so maybe I got to her conscience a little bit.  Hopefully she will quit that job and find something a bit less criminal to do with her time.

While satisfying, I doubt they will stop the scam anytime soon because of me.  So for now, I hope you find this page (or any of the other sites out there reporting the truth about this scam) before you end up giving any money to these criminals.

We have been receiving a lot of comments from people saying “I keep getting calls from the IRS!”

These calls come with a variety of different techniques.  Some will be from a live person.  Others will use an automated message telling you to call the number.  They all use fake similar names, and sometimes claim to be detectives rather than IRS agents.  They will sometimes claim that there is an arrest warrant pending and that your property or address is under investigation.  Often they have identifying information about the victim to make them seem more legitimate, such as the last four digits of their social security number, their address, or their phone number.

If you DID get a phone call from these guys, you can report your experience to the FTC and the US Treasury.  I’m not exactly sure what they are doing to stop them as they appear to be operating overseas and using numbers designed to look like they are coming from the United States.  However, it’s the best you can do for now.  Unfortunately local police likely won’t take a report.

Let friends and family know about the scam as well, especially those that are likely to fall victim to the scheme.  I posted about the scam on social media right after I hung up with them.  The more people that know about this, the better.  Those who might be vulnerable to this scam are the elderly and immigrants who do not understand the IRS or how US law enforcement works and are already nervous about doing anything wrong.

I also noticed that calls from scammers and other telemarketers seem to spike after signing up for a hosting account or buying a new domain name.  When you sign up for web hosting you should definitely ensure that your domain name is registered privately so that your personal information is not on display.

For more information you can read the FTC Consumer Blog post about the scam and some information on how to proceed.

UPDATE: I continue to get multiple calls from these scam artists from different numbers, sometimes twice in one day.  The only thing that I did when I noticed a new wave of these calls was that I had registered for a new domain.  I do believe that these con artists are scraping people’s numbers from various sources, and I believe that new domain name signups are one source.

Did this happen to you?  Leave a comment below and tell us what happened and what the caller’s tactics were. 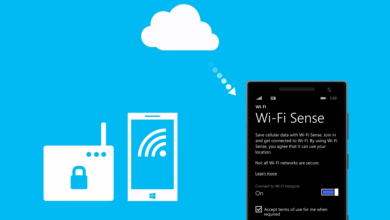