As a seasoned Windows user and tech geek, I know the frustration of having your computer slow down or crash repeatedly, let alone get seriously messed up by a virus or malware attack.

If your computer is slowing down considerably it might make you consider one of the many PC tuneup software programs on the market.  There’s quite a selection, and one of the more popular ones at the moment is Restoro.  This Restoro review will give you a bird’s eye overview of the software, what it does, and whether or not it may be able to help speed up your computer.

If you’re in a rush, then just know that I definitely recommend Restoro and think that if you’re having repeated crashing issues, slow performance, or issues with malware that you give this program a try.  The software got me out of a bind once before and I would absolutely use it again if it was necessary. 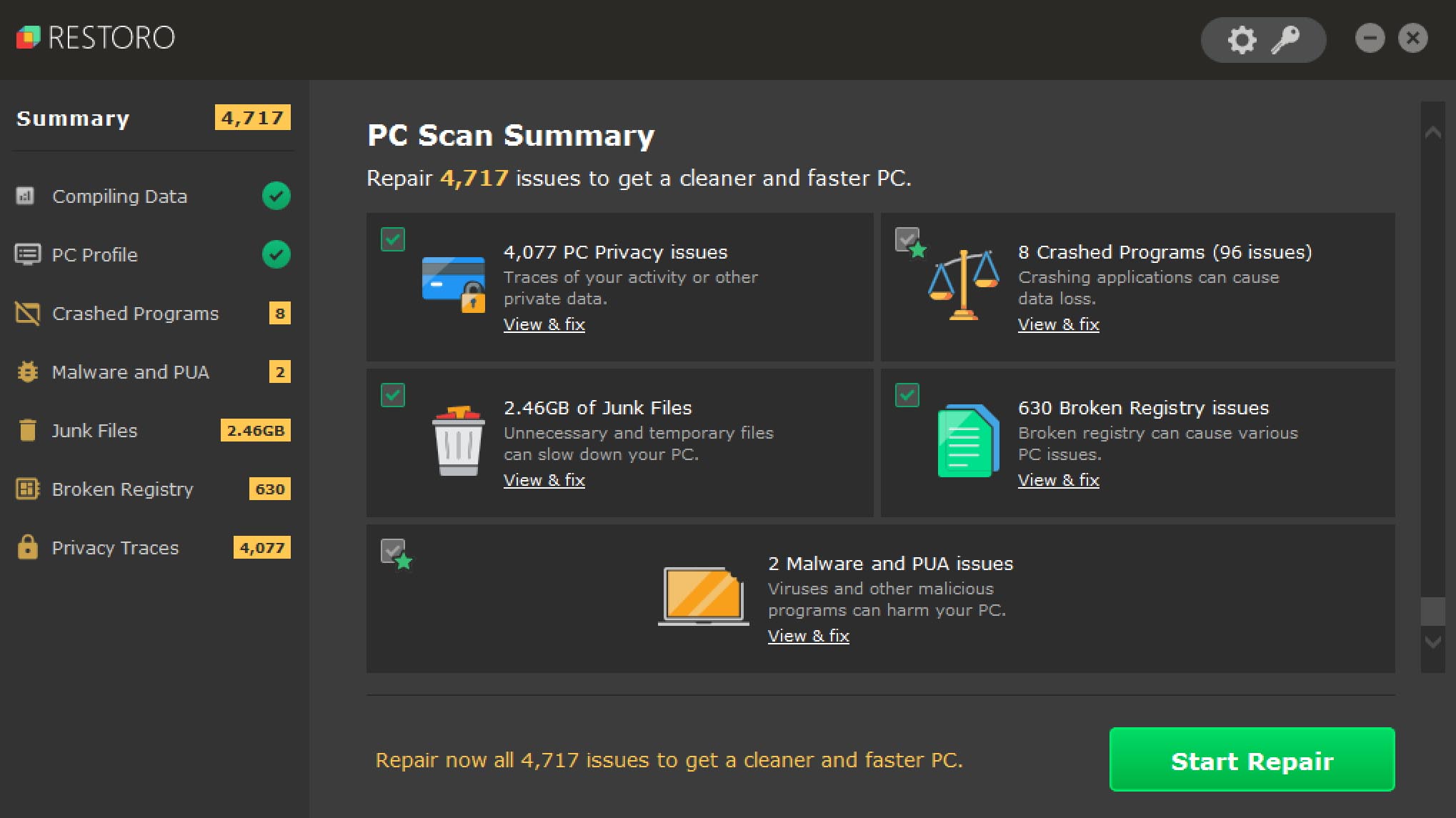 My Real World Experience With Restoro

A short while back my Windows video editing computer got hit by the W32/SillyFDC-BK worm.  I hadn’t been running any antivirus software on it as I wanted the computer to be as fast as possible for video editing.  Norton got rid of the infection but the worm somehow was able to restore itself, causing the computer to crash within moments of booting up.  I had been working on an important project at the time, and did not want to lose all my editing work.

I actually used Restoro in a last-ditch effort to remove the worm and repair whatever damaged or infected file was causing my computer to crash repeatedly.  After first running Norton I was able to install Restoro which finished the job by replacing the damaged system files, allowing me to not only salvage my project but get it done by the deadline.  It ended up saving me a LOT of time.

I personally recommend Restoro without hesitation to people who have had damage to their operating system due to viruses, malware, corrupted system files, and other similar problems. 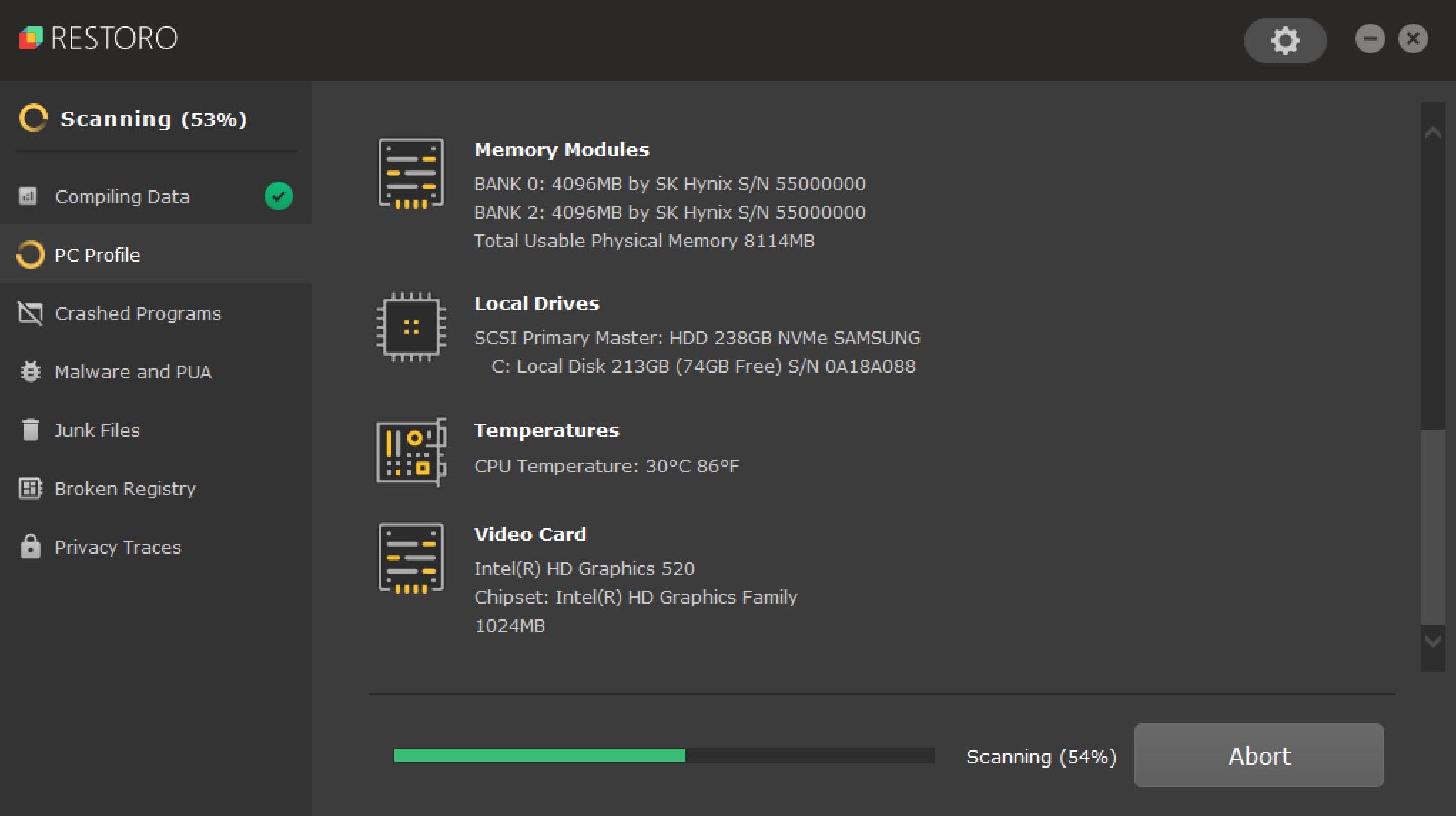 Restoro has a simple interface that is easy to read and navigate, with a “night mode” style color scheme.  The nice thing about this is that there isn’t too many settings to worry about – good for casual users who just need the tool to run and don’t need to customize every little thing.  After downloading and installing the program it will immediately get to work on a scan of your computer system, creating a profile of your computer’s available RAM, hard drive space, hard disk speed, and other vitals.  None of this is super necessary, but it’s a nice touch – sort of in the cool bells and whistles category.

Restoro uses the Reimage software engine (it is basically a newly updated and rebranded Reimage), and will replace damaged Windows system files.  For example, if you had a virus or malware corrupt any system files, Restoro should detect that and replace the file with a “clean” version.

Restoro has a swiss army knife of various other tools that can help optimize your PC after the initial repair.

The scan tools that will actually help boost your computer come a bit later in the scan: the crashed programs, Malware and PUA (Potentially Unwanted Applications), Junk Files, Broken Registry, and Privacy Traces.

The Crashed Programs section of Restoro’s scan will show you what software has crashed frequently within the past four months.  These applications could pose an issue if they are repeatedly crashing and cause instability.  If you’re having issues with freezing or blue screens of death, one potential culprit is a software program that’s either buggy or incompatible with other programs you are running.  This crash report can give you some insight into what applications might be causing some of these issues.

Malware is not as prevalent as it once was in the mid-2000’s, but it’s still a major issue causing a lot of fraud and other problems.  The biggest risk with any malware is the potential for it to steal passwords or secure personal and private information in other ways.  If there’s any malware detected on your computer you want to remove it ASAP.  Restoro is able to clear out malware quickly and easily.

PUA stands for “Potentially Unwanted Application” and refers to software that might be scammy or unsavory, show unwanted ads and popups, and other problematic behavior.  Although not as urgent of a risk as malware, PUAs should be dealt with.  PUAs can also be insecure software that can be “hijacked” by criminals in order to gain access to your computer.

Junk files are those that are just that – junk.  This often refers to cache files that are no longer necessary.  Did you know that your web browser can store a large amount of files and cause your cache storage to get rather large?  If you’re trying to clear some space on your hard drive this is one of the places that you can look to in order to clear some room.

The Windows Registry is a collection of thousands of small files that tell your computer how to run particular programs.  The registry used to be more of an issue in earlier versions of Windows and cleaning your registry would often yield more significant results.  These days Windows and other software programs are a bit better at ensuring the registry doesn’t get out of hand with broken or corrupted registry entires.  However it still can get cluttered.  Generally the registry isn’t the source of too many computer issues however sometimes it can cause a problem.  Clearing unnecessary registry entries can’t hurt, although usually these entries won’t take up a lot of disk space on their own. 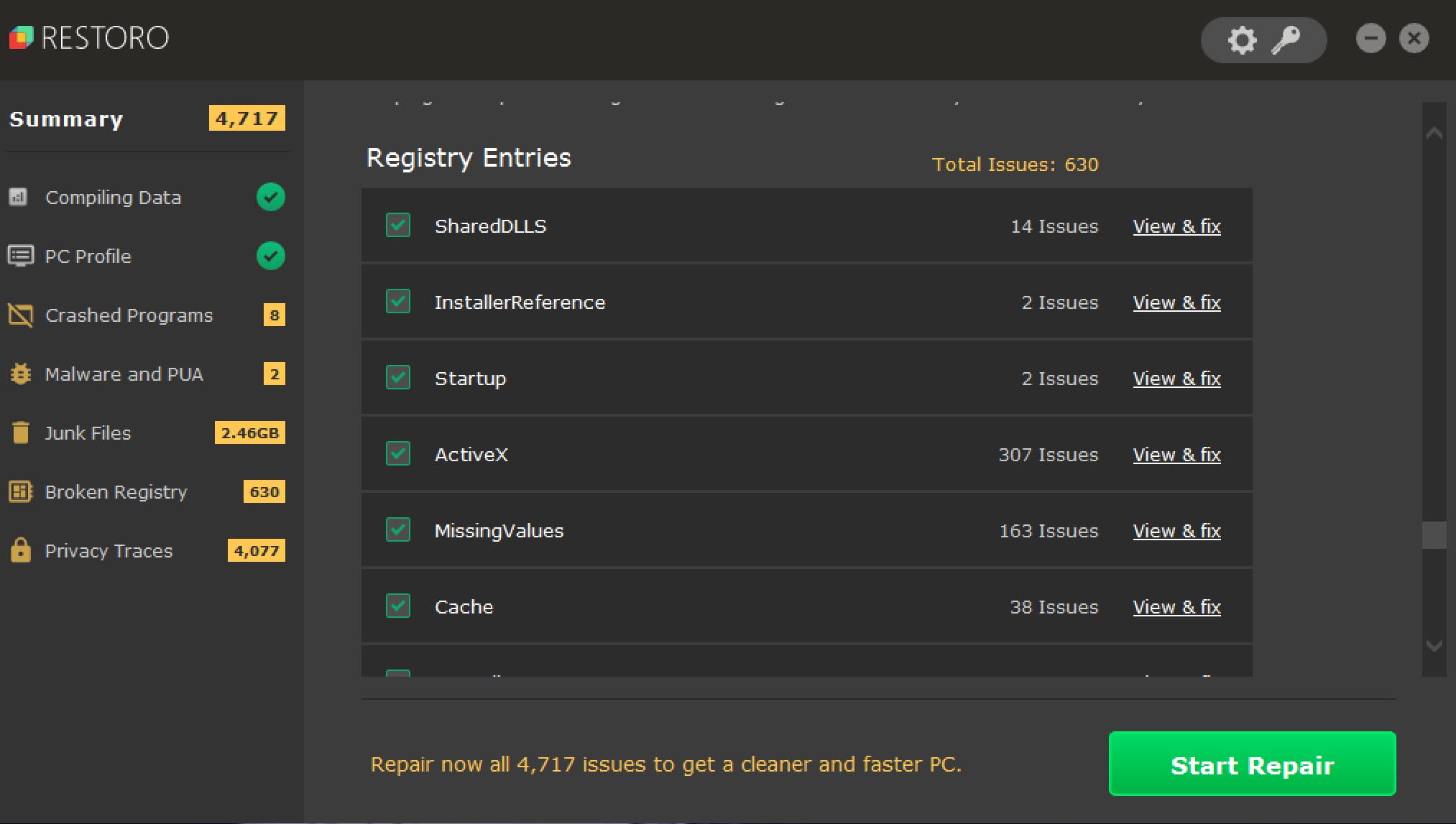 This is a feature that’s just a handy extra to have – if you want to really clear up your computer and get rid of any cached passwords and other things you might have laying around on your computer that could get hacked or sniffed out by malware.

Once the software has successfully scanned your computer, you will be prompted to purchase Restoro to actually use this.  Although the scan is free, the tool itself is not.  However, the prices are fairly reasonable and in my experience when I really needed it, Restoro worked like a charm and was absolutely worth the price.

After purchasing, Restoro will analyze any advanced issues such as corrupted Windows operating system files, and then conduct the repair.  If your Windows OS is heavily damaged this process could take a bit of time. 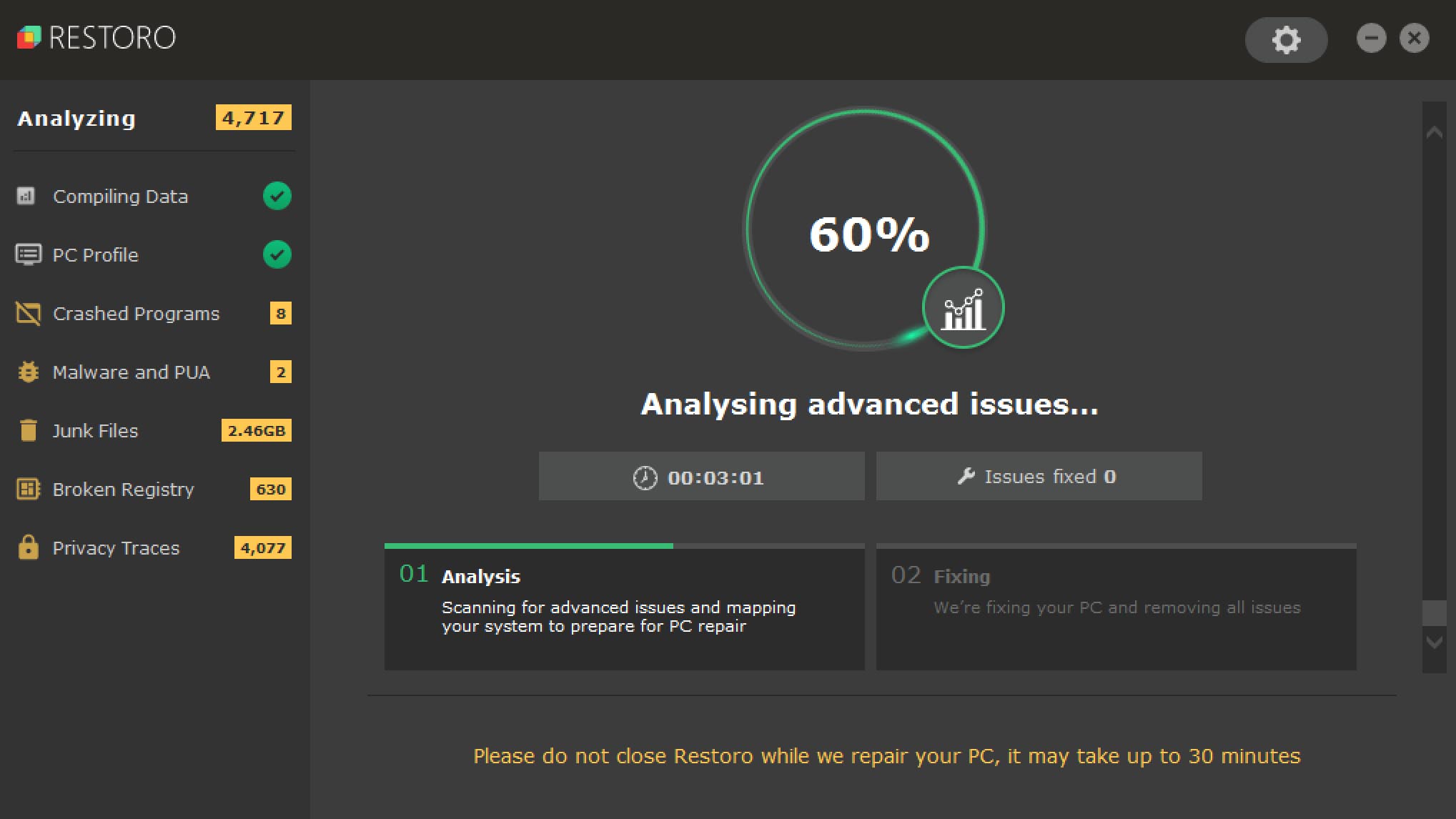 Once the repair work is done, you’re prompted to restart your computer.  After the computer reboots, Restoro will open up and ask you to rate your experience, give feedback, or if you’re not satisfied you can roll back any of the changes it has made by uninstalling the software (it creates a Windows restore point before making any serious changes).

Honestly if you’re having issues with your Windows installation and don’t have the time or the ability to wipe Windows and reinstall, this software tool could end up saving you a ton of time and frustration.  It worked well in my case as I stated in my story at the beginning of the article, and so I can definitely recommend this software tool without hesitation to those who have had issues after a malware or virus infection, or if they’re having a lot of issues with Windows crashing or freezing.

Although Windows has become much more stable over the years, there are still times when the proverbial sh*t hits the fan and you need to use a tool like Restoro.

How does Restoro work?

Restoro is an award-winning software tool that uses a vast remote database of 25 million Windows installation files that it uses to repair Windows computers on the fly without the need to totally reinstall Windows.  Restoro can identify corrupt installation files and essentially replaces them with a clean, new version of the file.

Is Restoro safe for Windows 10?

Yes – Restoro is absolutely safe and effective for Windows 10.

No – Restoro is a powerful professional software tool and is unfortunately not free.

Restoro is owned by a private software company.

Yes, Restoro offers a 24/7 phone number once a customer has purchased Restoro.

Restoro offers a 60 day ironclad money back guarantee if you are not satisfied.

Is Restoro a legit program?

Yes, I’ve used Restoro myself and it worked very well to fix the issue I was having on my Windows PC (as described earlier in this article).

Is Restoro a virus?

Is Restoro worth the money?

Honestly, it depends on what your issues are.  If you just want to clean your hard drive,  you should just get CCleaner for free.  Restoro is worth the money if you’re having a serious issue with Windows and need to repair your installation.

Yes the initial download and scan of your computer is free, but to repair any advanced issues you must purchase the software. 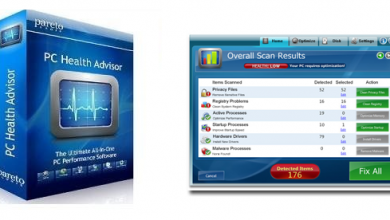 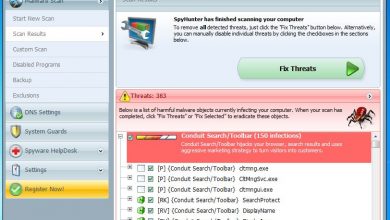 How Safe Is Spyhunter 5? 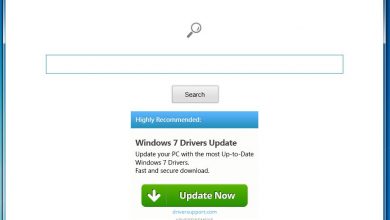 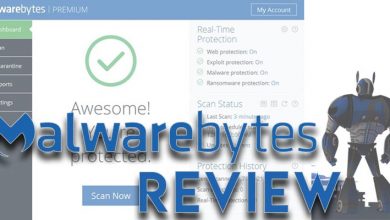 Get 50% Off
Close
Log In
Please be aware that we may use cookies to ensure that we give you the best experience on our website.Ok