The big success of Pokemon Go has seeded a lot of good and a lot of bad.  One of the biggest stories to come out of this latest craze is the existence of malware that is disguised as a real Pokemon app.  These seem to mostly affect Android users, and one of the most recent ones locks users phones in the lock screen, requiring the removal of the battery or Device Manager to be uninstalled.  The fake app went by the name “Pokemon Go Ultimate” and appears to get downloaded by unsuspecting users who think that it is a legitimate Pokemon app.

There have been many concerns over privacy and other things with the new app, including data sharing and location sharing.  However the fake apps are probably the most pressing concern as people will download and run them without thinking about it too much – and a fake app can really wreak havoc on a phone.  Interestingly enough the hackers were able to get a few of these apps onto the Google Play store.

“This is the first observation of lockscreen functionality being successfully used in a fake app that has landed on Google Play,” Eset malware researcher Lukas Stefanko wrote in Friday’s post. “It is important to note that from there it takes just one small step to add a ransom message and create the first lockscreen ransomware on Google Play.”

These fake apps seem to just be destructive on first glance, but the spectre of a more harmful malware still looms as Eset predicts.  This is just one short step away from being full-on ransomware, which is a scourge—-and a costly one at that.  Android publishers remind users to carefully inspect the apps they want to download before doing so – check the publisher, the amount of downloads, and reviews to ensure that it’s a legitimate app before installing and using.  Android users need to be especially cautious due to the nature of the Android operating system.

There are other fake apps out there that are related to Pokemon as well, not just masquerading as the game itself.  One of the malware apps was called ‘Guide and Cheats For Pokemon Go’ and was a malware app.  Another was an apparently full version of the Pokemon Go game, however it had a “backdoor” through which attackers could fully control the phone remotely.  This was the source of the biggest headlines following the Pokemon Go security snafu.

So what can users do?  Like we said, check publishers and reviews to ensure the app is legitimate.  Follow security blogs for updates on what to look out for, and perhaps do a quick Google search of suspicious apps in order to learn whether or not they have been implicated in any security problems. 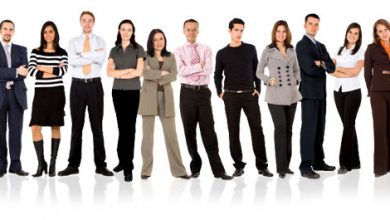